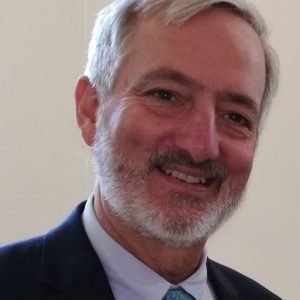 Phil Giudice is an advisor to the MassEnergize Board of Directors.

Phil has 45 years’ experience in the energy industry as a geologist, consultant, entrepreneur, executive, board director and energy official in state and federal roles. Most recently, Phil served as Special Assistant to the President for Climate Policy during the startup of the Biden- Harris administration.
Phil is the Board Chair for FirstLight which operates hydropower facilities in CT and MA. He is also an advisory board member for the Union of Concerned Scientists.

Previously, Phil served as an executive committee board member for the Northeast Clean Energy Council and board member for the nonprofits Prime Coalition and Clean Air Task Force. He also served the Commonwealth of Massachusetts as Undersecretary of Energy and Commissioner of the Department of Energy Resources, founding board member, Treasurer and Vice Chair for the Regional Greenhouse Gas Initiative (RGGI), board chair National Association of Energy Officials as well as US Department of Energy’s State Energy Advisory Board, Energy Efficiency and Renewables Advisory Committee and EPA/USDOE’s State Energy Efficiency Action Network.

Phil worked at energy innovation startups in executive and board roles for Ambri, EnerNOC (now EnelX), as well as board member of FirstFuel (now Uplight), and Nexus (now Aclara).

Phil has lived in Wayland for 35 years and is father of two grown sons one living in Wayland and one in Framingham. He is also the grandfather of two toddlers in Wayland who are the delight of his life and who he really wants to be able to tell them and all, how he helped create a better energy and climate future for us all when they ask why the world is the way it is.